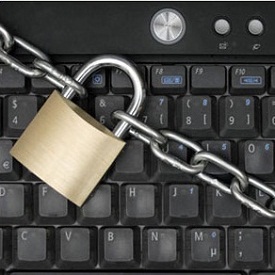 The consequence: More than 6,000 government and private sector messages were made public, including emails from ministries about sensitive issues, Japan’s Yomiuri Shimbun reported.

Using the free Web-based Google service, senior officials of the Environment Ministry inadvertently made public information about January’s negotiations for an international treaty, including details of meetings with foreign officials.

More than 60 emails regarding the Minamata Convention on mercury were published for all of the Internet to see; there is no word on whether the slip-up will affect the future of the treaty, which is expected to be signed this fall.

“It was problematic that the processes around ongoing negotiations could be seen by outsiders,” a ministry spokesman told AFP this week. “We have taken corrective steps.” Though the memos were not “top secret,” they were certainly not meant for public consumption, the spokesman said.

The ministry, which is currently conducting an investigation into the matter, appears to be blaming Google Groups for the mishap, saying that the service “violates the ministry’s information management regulations,” the Yomiuri said.

Google did not immediately respond to PCMag’s request for comment.

Groups allows users to participate in and organize online discussions, via email or directly on the Web. But because its default setting allows public access to all content, it is easy for users to unintentionally share group threads.

According to the Yomiuri , seven medical institutions and nursing care facilities had no privacy restrictions, therefore leaking medical information on more than 300 patients.

The public release also struck the Land, Infrastructure, Transport, and Tourism Ministry; the Agriculture, Forestry, and Fisheries Ministry; and the Reconstruction Agency. At least one political party also used the service, revealing a list of its supporters.

This isn’t the first time that confusion over privacy settings has resulted in public embarrassment. In December, Randi Zuckerberg, older sister of Facebook chief Mark, posted a photo on what she thought was her private social network timeline. But the photo was shared with a larger number of people thanks to tagging and ultimately ended up on Twitter, much to Randi’s chagrin.